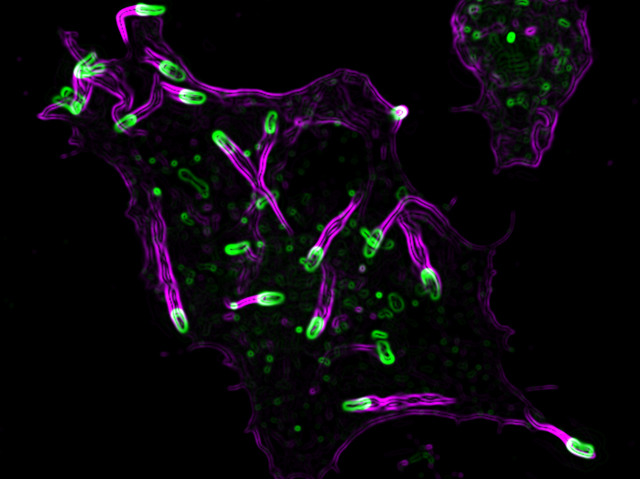 Rickettsia bacteria (here fluorescing green) are propelled by a coordinated ‘swishing’ of their extraordinarily long comet-like tails (coloured purple). The bacteria steal a protein called actin from the cells they infect to make their tails. Newly discovered Sca2 (a protein) is part of the ‘tail-building’ machinery. Sitting on the surface of Rickettsia cells, part of the protein looks and works just like a counterpart in plant and animal cells called formin. Formin helps build actin filaments for a variety of normal functions. The similarity between these proteins may in fact confer the bacteria with its ability to infect many different species of plant and animal. Scientists will use Sca2 to help them study formin and the assembly of actin filaments in eukaryotic (plant and animal) cells. 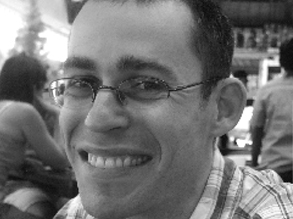 Founder of science copywriting agency Scientia Scripta, Edwin has more than a decade’s experience researching and writing on science and technology for national newspapers, magazines, and governmental organisations.