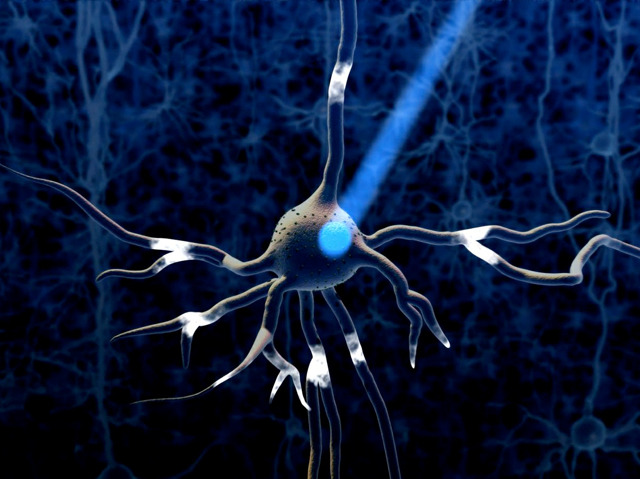 Understanding more about the human brain’s estimated 100 billion interconnected nerve cells, or neurons, could help us develop new treatments for disorders such as Parkinson’s disease, autism, schizophrenia and epilepsy. One method of investigating brain activity is to genetically engineer an animal, such as a mouse, so that its neurons produce a light-sensitive protein, opsin. Neuron activity can then be triggered by shining light on the brain, once it’s exposed in the anaesthetised animal. The computer simulation here illustrates a light beam hitting clusters of opsin on a neuron surface. The resulting nerve signals can be detected in connected neurons by inserting tiny probes to measure the electrical and genetic activity inside them. Scientists have recently developed a computer-guided robotic arm to insert the probes with greater accuracy than previously possible.