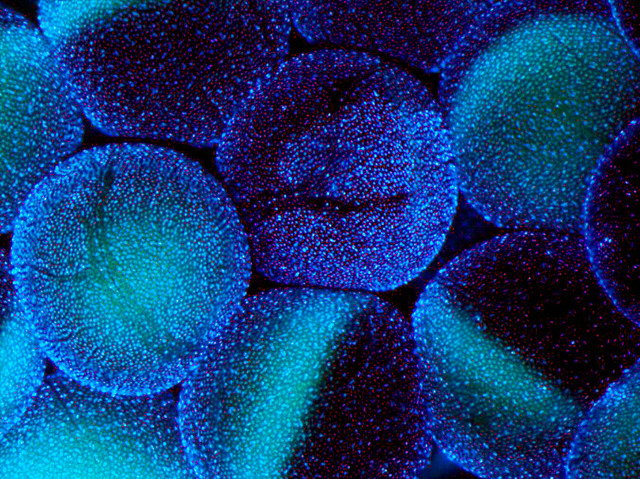 The multitude of different cells in our body derive from the single cell formed at conception. If we could reverse this biological clock, it may be possible to reprogramme DNA in one type of cell to form another – for example, new heart or liver tissue could be generated from skin cell DNA. Our knowledge of regenerative medicine is being advanced by experiments on the African clawed frog, whose developing egg cells, or oocytes, have the remarkable ability to reprogramme adult DNA to an immature condition. By inserting mouse DNA into oocytes and observing the changes that occur, scientists recently identified a group of proteins that play an important part in early reprogramming of cells. The oocytes seen here are from an experiment in the laboratory of Sir John Gurdon, who was this year awarded the Nobel Prize for Medicine for his discovery that mature cells can be reprogrammed.