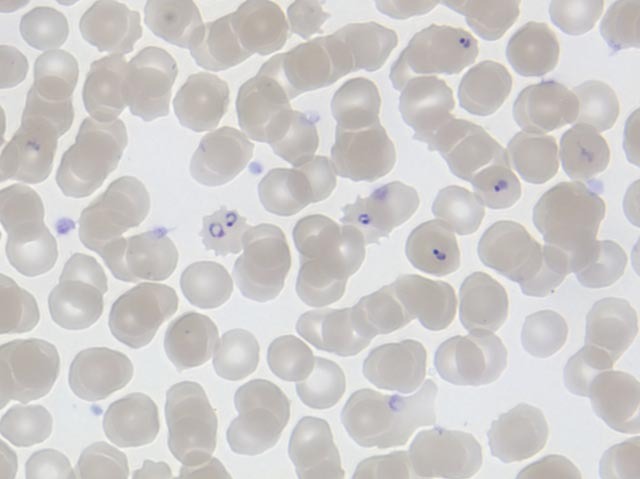 Malaria is a major cause of death in tropical and sub-tropical areas. And according to research published last week, the disease accounts for a quarter of all infant (<5 years) deaths in Africa. Carried by mosquitos, the protozoan parasite (Plasmodium, pictured here among red blood cells) is injected into the victim’s bloodstream when the insect bites. A recurring cycle of liver and red blood cell infection ensues leading to fever, organ damage and often death. Systematic global data analysis reveals that more than twice as many people have died of malaria over the past three decades than formerly estimated. It seems that it has killed more people in the five to fifty year-old age-group than previously thought. One explanation is that malarial fatalities in this group were previously misdiagnosed. The received wisdom that survival beyond five in an endemic area means you’re immune, could be partially to blame.