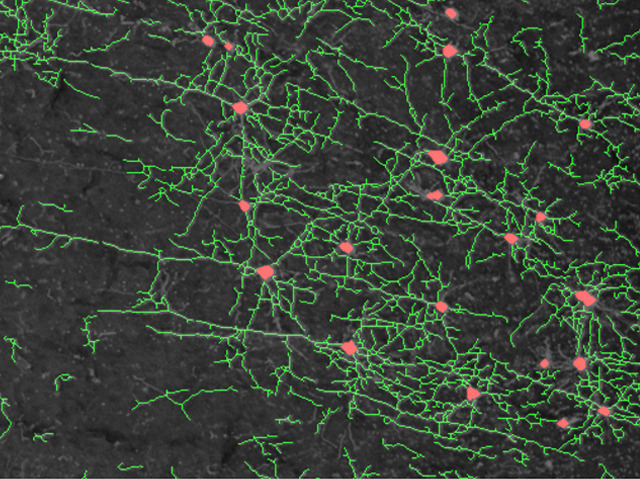 The brain is often compared to a computer, although the most powerful computer still falls short of mammalian brainpower by some way. Neurons [brain cells] are like salty water ‘wires’ insulated by fat, with protein ‘transistors’ that trigger electrical impulses. To facilitate the brain’s phenomenally complex processing tasks neurons make multiple connections with each other. In diseases that affect brain function, such as dementia neural connections are often reduced. Here pictured are cells from a developing mouse brain. Cell bodies have been coloured red and the long green threadlike extensions are the wires known as neurites. The more neurites emerging from a cell body, the more connections the neuron can make. This study is assessing a software analysis program called NeuriteQuant. The software can ‘count’ the number of neurites extending from a cell body much faster and more accurately than a scientist.