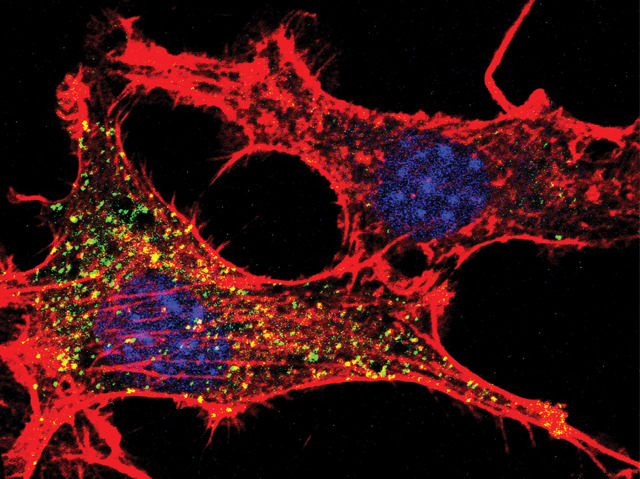 Mutant and malfunctioning, deep within these cancerous cells (cell centres here coloured blue) is a molecule called Met, which normally controls the way cells move and divide. Scientists have discovered that the cancer risk is much greater if mutated Met moves inside the cell from the surface. Fortunately they’ve found a treatment to prevent this, visible in the cell on the right (as green/yellow particles). The untreated cell (on the left) still has mutant Met within. The resulting damage is evidenced by fewer structural fibres (red strands over the blue), which makes the cell much more likely to move around the body, and grow into a tumour. While this experiment was conducted on mouse cells, similar treatments could potentially be developed for humans.