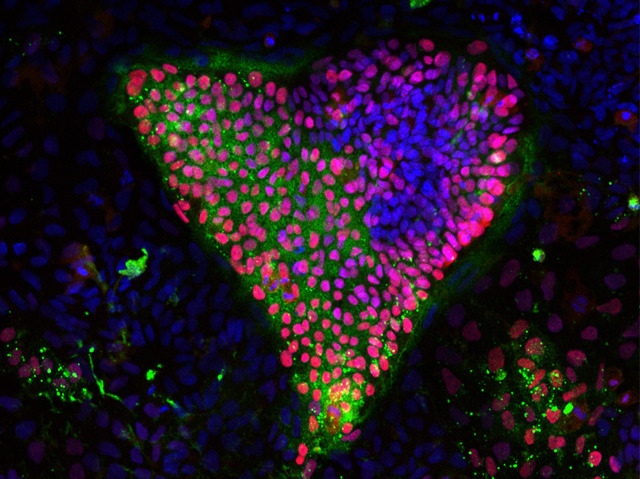 The life of a stem cell is not unlike a new romance, a clean slate from which any number of possible endpoints can result. Above you can see a colony of human embryonic stem cells (hESCs) at the start of their developmental journey (each coloured blob is a nucleus). Scientists use genetic markers to help them decipher where a stem cell is at on the road to maturity. Early-stages are evinced by genes including OCT4 (red/pink stain) and TRA 1 81 (stained green). As a stem cell matures, parts of its genome [entire set of genes] get locked down, so the proteins they encode are not formed. Genes in ‘open’ regions of the genome are left to make the proteins that give a cell its individual character and job, whether in your brain or big toe. Elucidating mechanisms that support healthy development helps us understand cancer. 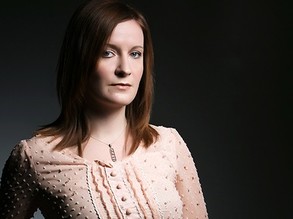 Independent science blogger and musician. Got the whole BPoD show on the road while heading up the public engagement team at the MRC CSC. Loves gardening, cooking and diving. Makes corkbots too.