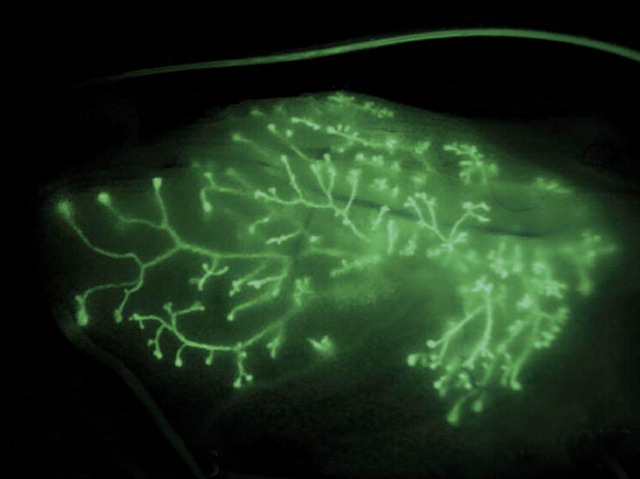 Stem cells replenish our tissues with new cells as and when they're needed. But over-production of cells when they’re not required can lead to cancer. One example is found in the mammary glands – more commonly known in humans as breasts – where stem cells produce tree-like milk ducts. Mammary stem cells are remarkably potent, and a single cell can recreate an entire duct tree. This picture shows a milk duct tree grown from breast duct cells, which have been converted into stem cells by the addition of two specific proteins. The duct cells have been labelled with a fluorescent ‘marker’ protein, making them glow green under an ultraviolet-light microscope and revealing the delicate, branching structure. This impressive regenerative capacity also has a dark side – researchers think that the proteins responsible for maintaining mammary stem cells may also fuel the growth of some breast cancers.