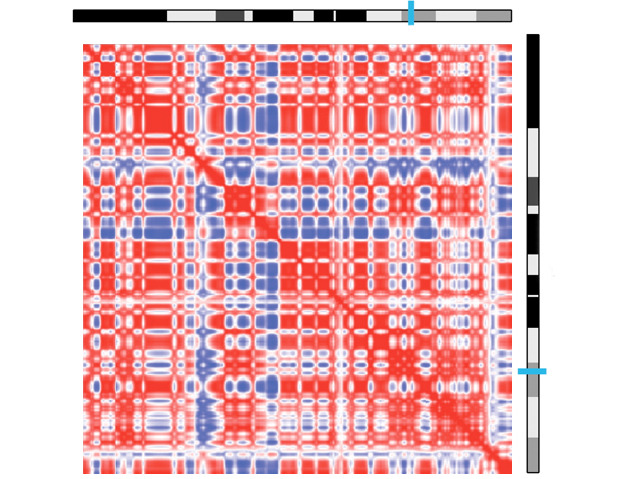 Genome A to Z

Rather than a long, straight line, the human genome is more like a winding country road, looping around inside the cell nucleus. Just as villages can be closer ‘as the crow flies’ than they are by road, genes far apart on the genome are often brought closer together on winding loops. This can affect which genes in the cell are switched on and when. Here we see a map of chromosome 18 of the mouse genome, which takes into account its arrangement in the nucleus. Similar to a table in the back of an A to Z, which plots the distance between towns and cities, each row represents the distance of one stretch of genome from the rest. Gene regions marked in red are close, and those coloured blue are further away. Such maps can be used to compare healthy genomes with those structurally altered, or translocated, by diseases like cancer.