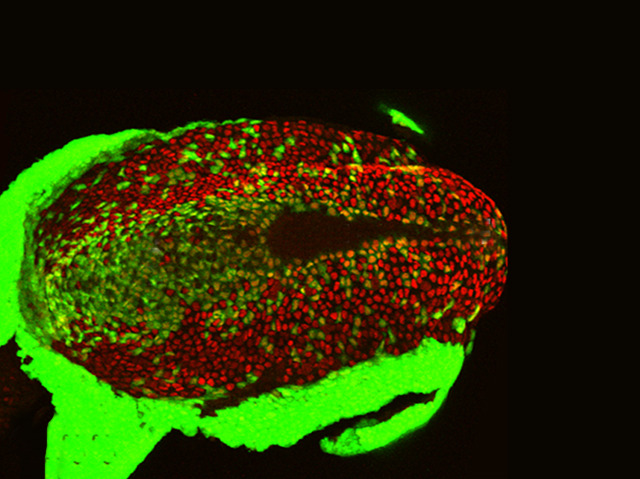 While many organisms may seem symmetrical, this appearance is often only skin deep. Internal organs such as the heart and liver develop primarily on one side of the body, but how this process unfolds is poorly understood. What is clear though is that a gene called Sox17 is important. Researchers find it plays a vital role in encouraging different cell types to mix – a process that has not yet begun in the 8-day-old mouse embryo pictured. Like boys and girls at a school disco, these specialised cells (red and green) huddle together in separate areas, with one variety (green), concentrated along the middle line and egg sac (thick green band around the edge). But, just as both sexes must eventually mingle, so too must these cells for a well-formed, and asymmetric embryo. And that can’t happen without Sox17 to get the party going.