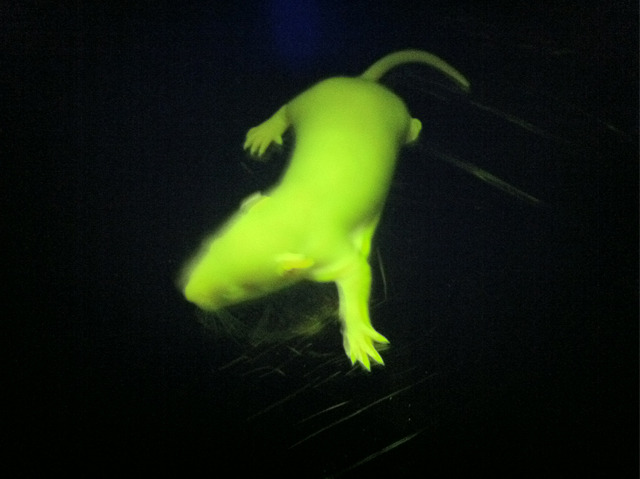 A glow-in-the-dark rat might not look like a biomedical breakthrough, but there’s more to this radiant rodent than meets the eye. This rat is a shining example of successful genetic modification. Genetic engineering has become increasingly commonplace in experiments with mice, but tinkering with the rat genome has proved much more tricky. Despite appearances, rats are more like us than mice are, so can provide much more useful information about human diseases. To equip this rat with its luminous outfit, scientists inject a sliver of DNA that codes for green fluorescent protein directly into the rat embryo. That gene becomes incorporated into the genetic code, and is expressed in every cell in the rat, making them glow green under ultraviolet light. Now that they’ve seen what’s possible, the researchers can begin to use this technique with other genes to unearth the genetic roots of a huge range of human diseases.