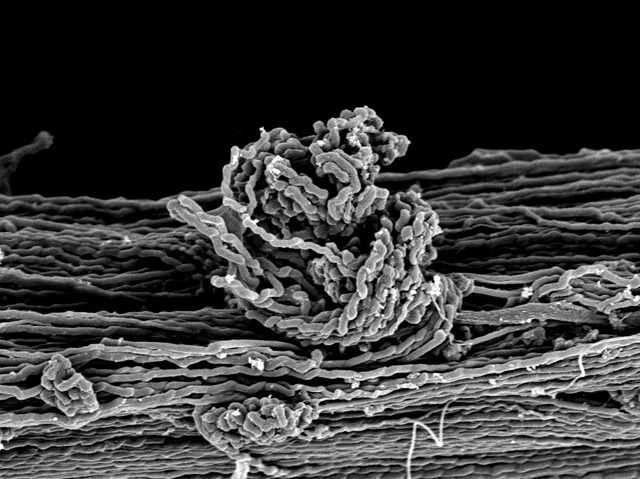 He's in the lead, just metres away from grabbing gold, then suddenly the athlete crumples, any hope of finishing the event dashed. With an awkward step an agonising tendon sprain has sealed the fate of a number of the world’s fittest competitors, including a horse, during the London Olympics. Tendons are pale, glistening cables lashing muscle to bone. Acting like elastic springs they protect muscles from overstretching, by preventing joints from bending too far, but in so doing can themselves be injured. Pictured is a damaged ox tail tendon, its parallel strands of collagen protein viewed using electron microscopy. The tight ball of recoiled broken fibres highlights the energy-absorbing nature of this tissue. Scientists find that when injured, damage signals spread along the tendon’s strands. They believe this increases the likelihood of specialised cells detecting and repairing the injury. And perhaps explains why sprains, while immediately excruciating, recover relatively quickly.