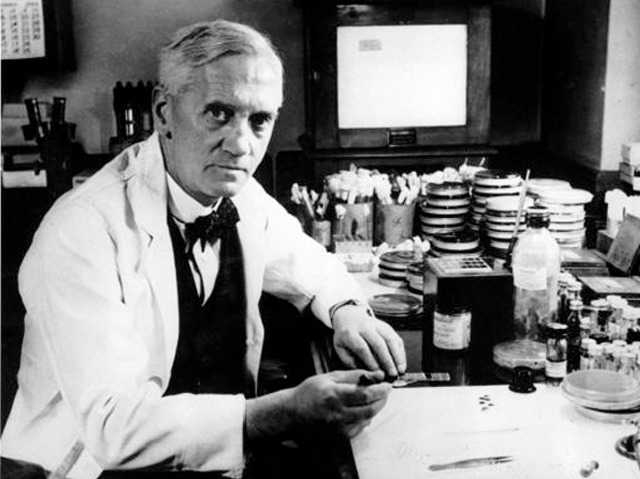 The stuff of Nobel Prize-winning discoveries doesn’t usually just fall into the scientist’s lab. But when an airborne microbe drifted onto the bench of bacteriologist Alexander Fleming – born on this day in 1881 – it was to transform the medical world. The microbe – a Penicillium mould – landed in one of Fleming’s Petri dishes and promptly started killing his bacterial cultures. Bacterial infections can cause everything from syphilis to sore throats, and at that time doctors had no weapons to fight them with. An antibacterial substance that could combat infection without harming a patient would be revolutionary. Naming the mould’s secretion ‘penicillin’, Fleming could see its powerful potential. But he couldn’t imagine how it would ever be used in quantity and eventually abandoned the work. It wasn’t until a decade later that other scientists built on his discovery, producing the world’s first antibiotic that has since saved hundreds of millions of lives.