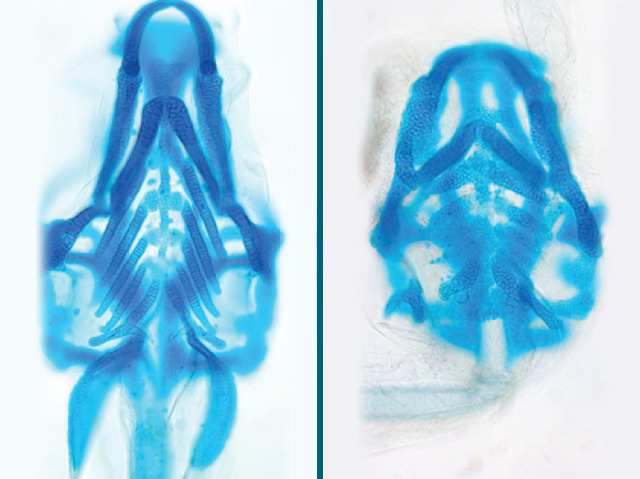 Outward appearances would suggest fish have little in common with humans. But if we look beyond the scales at the underlying skeleton there is much to be learnt. Zebrafish and humans, though separated by millions of years of evolution, share a large number of similar genes. This includes a group of genes that code for an enzyme called exostosin. If these genes are faulty in humans they develop a bone disorder called hereditary multiple exostoses (HME). Sufferers are often short in stature and develop numerous bone tumours. Zebrafish with a similar genetic error show the same kinds of defects, including shorter bones. Skull bones (stained blue) are stubby (right) compared to those of normal fish (left). Probing these faulty fish could provide clues as to what goes wrong in the one in 50,000 people who have HME.