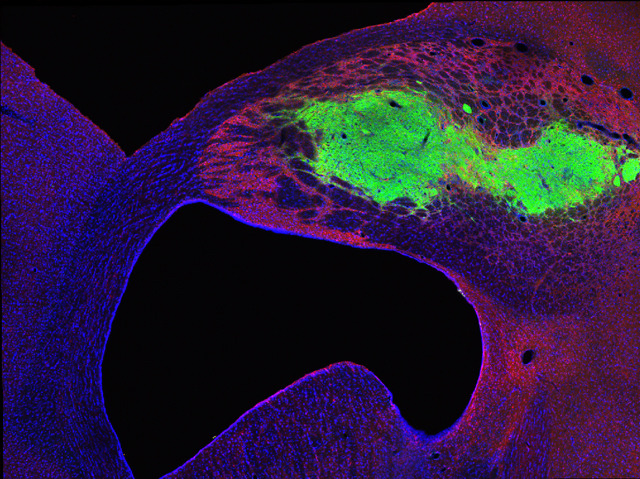 Brain transplants may seem like science fiction but for Huntington’s disease patients the concept brings hope. This progressive disorder is caused by the loss of neurons [brain cells] that die in response to the build up of a toxic mutant protein. If scientists could replace the lost cells with those containing a normal protein is it possible they could lessen the symptoms? Such an innovative technique is risky so must be tested in a model system to show that the treatment works and is safe. The picture shows such a model: human stem cells – with the capability to become any cell – were cultivated into neurons and then transplanted (stained green) into the region of a rat’s brain (shown in red) worst affected by a form of Huntington’s. The research is still at an early stage but has potential as a treatment for more common brain disorders such as dementia.