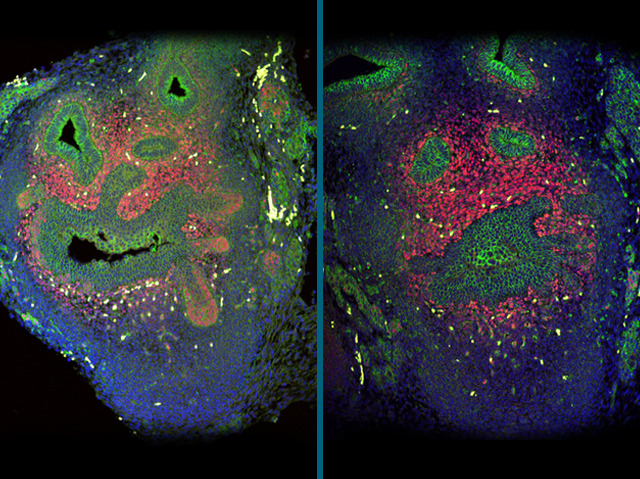 As prostate cancer rates rise, researchers are racing to understand the faulty genes that fuel the disease and find more effective treatments. This task is made tougher by the fact that only a handful of gene faults have been found so far. One new kid on this genetic block is beta-catenin, which is implicated in a number of other cancers. To find out more about beta-catenin's role in normal prostate growth and in cancer, researchers have bred 'knockout' mice lacking the gene. On the left is the developing prostate gland of a mouse just a few days before birth, showing orange-coloured buds that will go on to form fluid-secreting ducts in the adult prostate. These buds haven't properly formed in the gland on the right, taken from a mouse lacking beta-catenin. The scientists have found that beta-catenin is also involved in aggressive prostate cancer, revealing new routes to potential therapies.