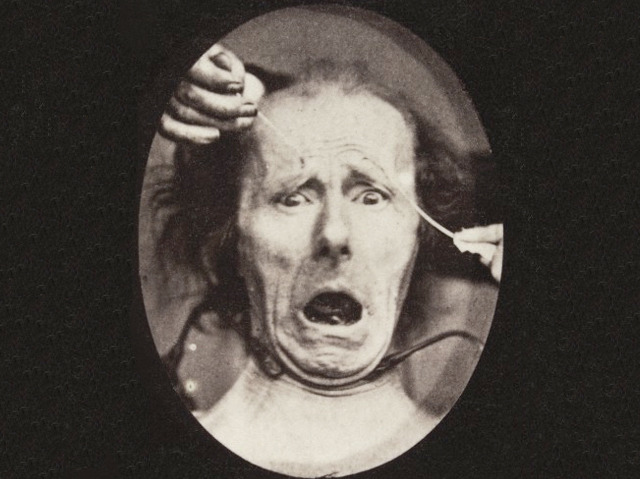 This man's look of terror – unpleasantly induced by electrical wires against his skin – is easily recognisable. Spotting fear on others' faces is a powerful signal, telling us that something is wrong and we should watch out. But there are differences in the way people recognise the face of fear, with some being more sensitive to it than others. The root of this recognition lies in a part of the brain called the amygdala, which plays a key role in processing our emotions. In a small study, researchers have discovered that people with a larger amygdala are worse at spotting fearful faces. They also tend to mistake terror for surprise, which is a similar wide-eyed expression. While this intriguing discovery needs repeating in a larger trial, it's a fascinating insight into how the structure of our brains may affect our emotional responses to other people's expressions.