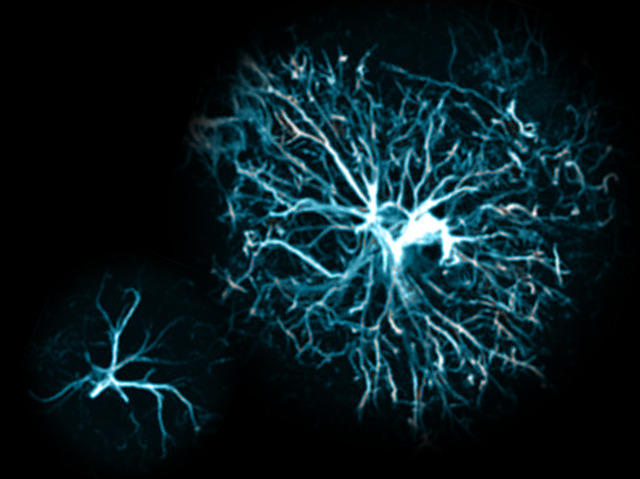 For two centuries, scientists studying the brain focused on neurons and largely ignored neuroglia: a group of cell types that make up half our brain and spinal cord. Indeed, glial cells were considered little more than brain glue. But it’s now clear that they play an active role in brain function. Take astrocytes, for example (pictured). We now know that these cells, whose thousands of thread-like tendrils wrap around the junctions between neurons, can influence neural signaling. Researchers have also begun to explore whether astrocytes might explain why humans are more intelligent than other animals. One group showed that mice that received transplants of human astrocytes learned much more quickly than normal mice, suggesting that there may be something special about the human astrocyte (pictured right) – which is larger than the mouse version (left) – that contributes to the advanced computational abilities of the human brain.