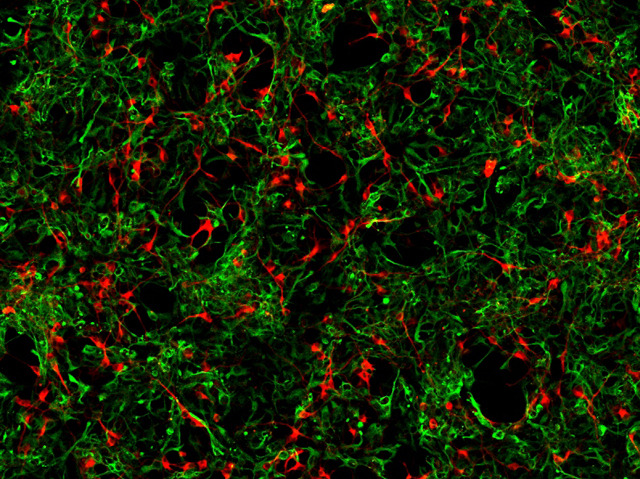 Symptoms of Parkinson’s disease – shaking, rigidity and slowness of movement – are caused by the death of brain cells that produce dopamine, a substance that allows signals to travel along nerve channels. As dopamine levels fall, the brain gradually loses control of movement in the body. There is currently no cure but scientists hope that in future it may be possible to replace these nerve cells, known as dopaminergic neurons, by culturing new ones from stem cells in the laboratory and injecting them into the patient’s brain. Experiments are beginning to yield promising results. Embryonic stem cells taken from a mouse are seen here developing into new dopaminergic neurons (stained red), while those stained green have already begun the transition and are known as progenitor cells.