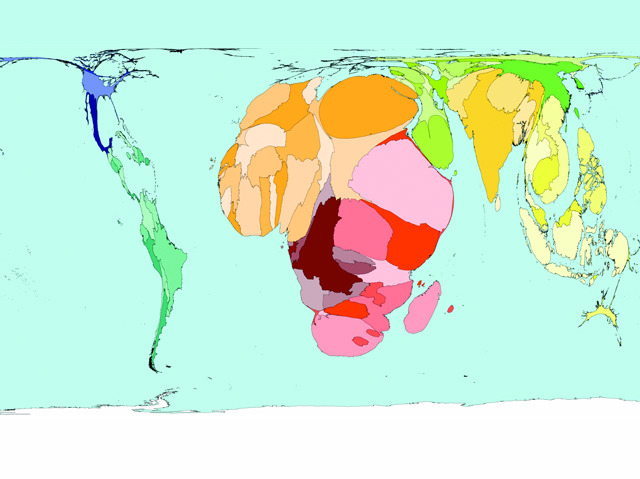 By definition, neglected diseases are overlooked. Their effects are not often deadly, but can still wreak havoc among an estimated billion people in the world's poorest populations. Trachoma, a bacterial infection that leads to blindness, is a prime example. Illustrated by this map, in which country size relates to numbers of trachoma cases, the overwhelming burden of the disease falls on Africa and South-East Asia. And, although it causes no large, media-attracting outbreaks, the disease nonetheless takes a dramatic toll. Over 40 million people need treatment, as the roughening of the eyelids and in-growing of their lashes slowly but steadily destroys their eyes. But it doesn't have to be this way. Treatments costing as little as 50p would go a long way to eliminate the disease, and prevent further growth of the group of more than one million people who have already lost their sight because of the disease.