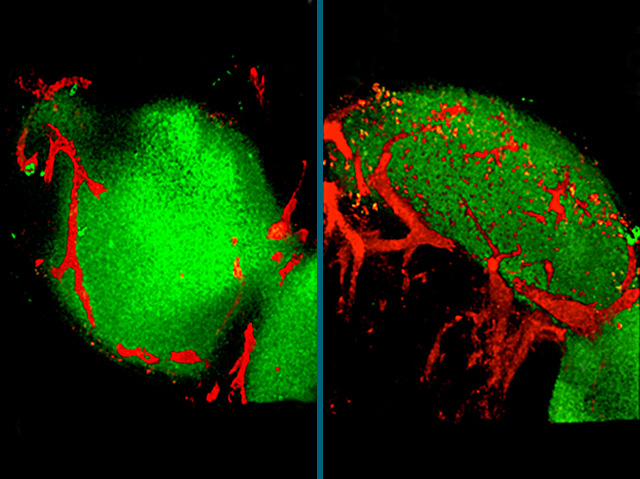 To most invaders of our bodies, the sight of white blood cells (WBC) – the soldiers of our immune system – is bad news. However, despite having no limbs, the parasitic worm that causes the tropical disease, schistosomiasis, welcomes them with open arms. This is because only by piggy-backing on the immune response can the worm's eggs pass from the host's blood into the gut. From there they can be excreted and go on to infect other victims. Scientists have discovered that to get close to immune system activity, eggs gather in regions containing tubular pathways along which WBCs travel. In fact, eight weeks after infection (right image), these vessels (shown in red) are actually larger and more numerous than in animals naïve to the disease. By tricking the host's own body to lend a hand to the worm, schistosomiasis, which damages internal organs, has already infected over 200 million people worldwide.