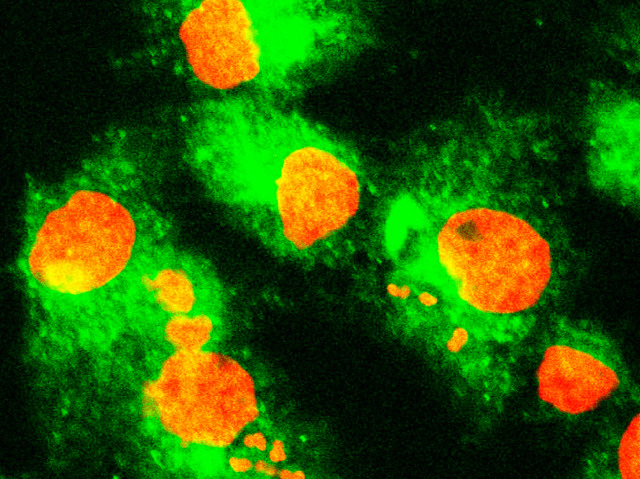 Sneaking into our bodies is only the first step for parasites. They must then evade the numerous defence mechanisms that seek to destroy them. But if they can find a safe haven to multiply in, before launching a full-scale attack, they can increase their chances of success. And where better to do this than in the very white blood cells that are hunting them? Normally this strategy would end in certain destruction, but parasites containing Chagas disease possess a protein that disrupts white blood cells’ normal defences. This image shows that normal response, as an alarm molecule (stained green and yellow) moves from the main white blood cell body into the control centre called the nucleus (stained red), where it triggers the immune response. It’s the ability to block this process that allows the parasites to establish the disease, which infects about 10 million people throughout Latin America annually.