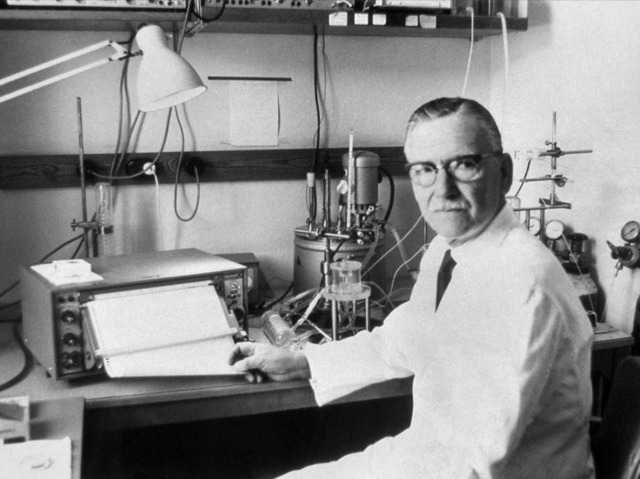 Nerve cells sprawl through our bodies like wires through a computer. These wires connect our brain with each inch of muscle, and every movement we make is prompted by bursts of activity sent along them. But what happens when a signal from the brain reaches the end of its wire? Ulf von Euler – born on this day in 1905 – discovered that at the ends of many of these nerves sit large amounts of a chemical called noradrenaline (or norepinephrine). He found that as the signal shoots towards the end of the nerve, tiny balls of this neurotransmitter are hurled out into the surrounding space. These then spur the next wire or nearby muscle into action. This discovery, which earned von Euler a share of the 1970 Nobel Prize, provided the base for understanding how information is transferred at lightning fast speeds between neurons, and to the rest of the body.