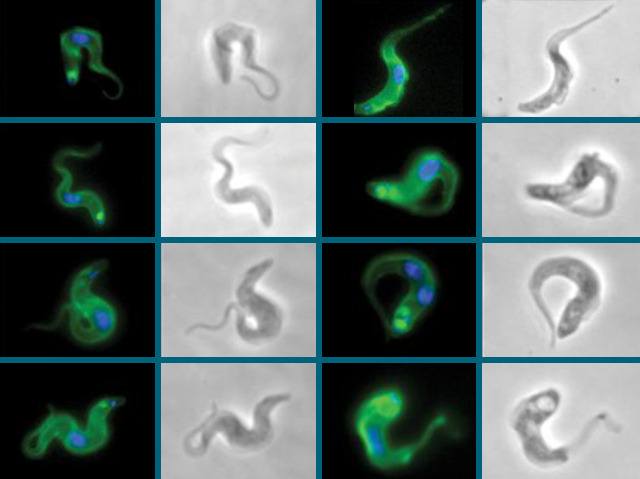 Sieges are a tried and tested tactic in war: if you can stop supplies passing through a city's gates, it won't be long before it surrenders. This principle also works on a microscopic scale, and could be important in the fight against sleeping sickness. The parasite that causes the disease has only one pathway to absorb and excrete chemicals, located in an area called the flagellar pocket. Using a nanoparticle, which attaches itself to the parasite's surface, scientists can disrupt this vital gateway and stop the free movement of substances. The pocket (stained brighter green) of parasites exposed to this nanoparticle (third and forth columns) becomes swollen and distended, compared to those covered in a similar, but inert molecule (first and second column). With its supply line cut, the parasite quickly dies, offering hope to 30,000 sufferers across Africa at risk of coma and death from the disease.