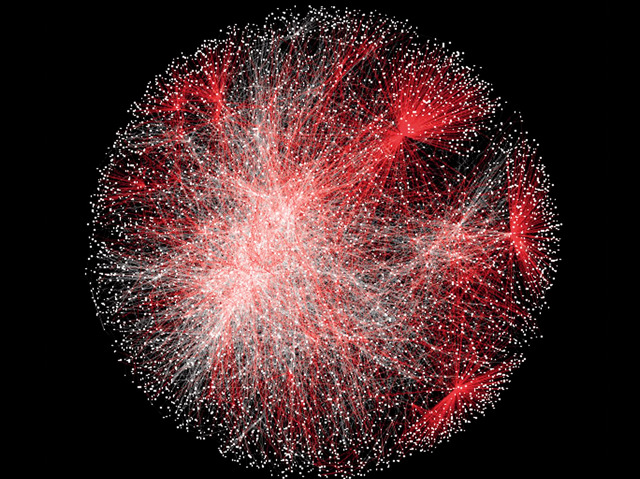 A dandelion head is more than a jumble of its parts. It has order brought about by a natural organisation sometimes called emergence. But this picture is not of a seed head, it’s a visual representation of a database for the innate immune system – our body’s first line of defence against bacteria but which, when it goes wrong, can lead to allergies, asthma and inflammation. Scientists investigating these common diseases painstakingly recorded over 18,000 connections between elements of the system that had been published in the scientific literature. The colours represent when the data were added: 2008-2010 in white and 2011-2012 in red. Computational biologists are using this resource as more than just a library, they’re analysing it for patterns of emergent organisation that could help identify therapeutic targets and bring about widespread improvements for these ailments.