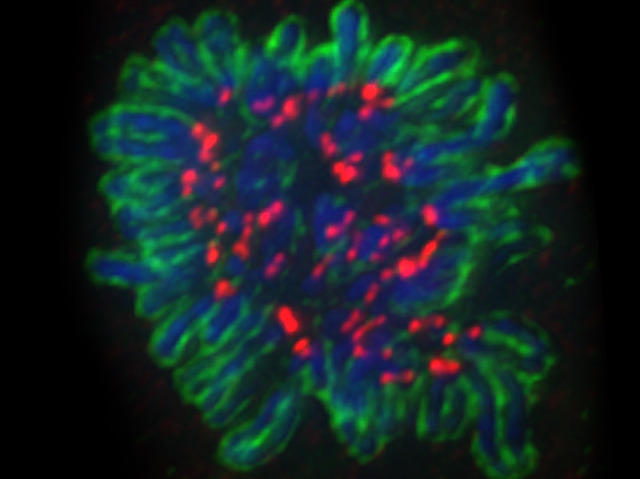 You may not think that tropical zebrafish can tell us a lot about testicular cancer in men, but the little creatures are proving a useful ally in the fight against the disease. This striking rosette is made up of chromosomes – long strings of DNA (stained blue) that twist up into neat packages as a cell divides. A protein called LRRC50, coloured green, coats the chromosomes, while their centres are labelled red. But while these chromosomes are taken from a human cell, LRRC50 is also found in zebrafish. Animals with a faulty version of the protein develop the fishy equivalent of testicular cancer, and LRRC50 faults are also found in some men affected by the disease. Although more than nine out of ten patients now survive testicular cancer the treatments are harsh, so studying LRRC50 in fish will help researchers develop kinder future therapies.