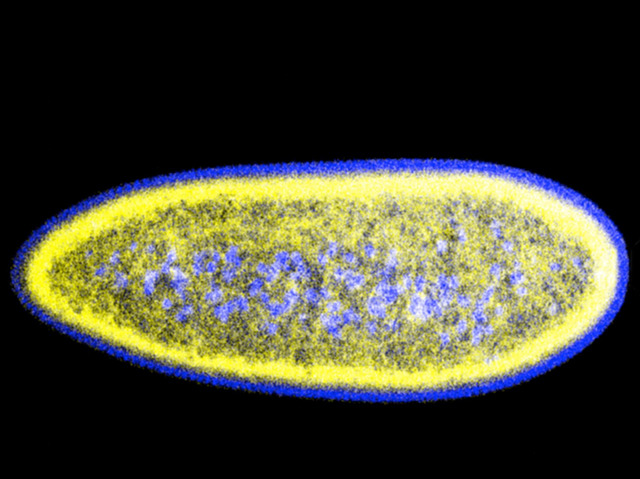 Our body is at war with invading microbes. But like cunning Jedi Knights, it seems our cells have been hiding a secret weapon: lipid droplets (coloured yellow in the fly embryo pictured). Far from being simple fat storage compartments, it seems the lipid droplets behave like warriors, gathering tiny toxic lightsabers called histone proteins on their surface. When scientists engineered flies lacking a protein that sticks histone and lipid droplet together the droplets fell out of shape, resembling the amorphous Star Wars character Jabba the Hutt. Cells of flies lacking the protein, consequently named jabba, are more likely to be killed by several species of bacteria. But in normal cells the droplets can release histones to fight off the bacterial menace. It’s one more way the body strikes back against the dark side.