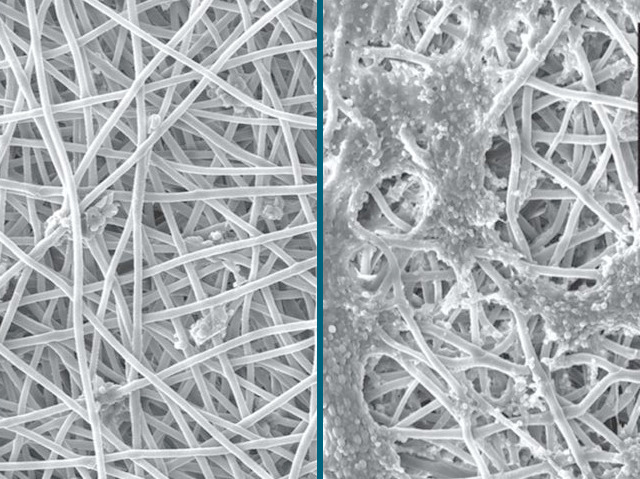 As cinema lovers will tell you, a 3D experience is just more realistic. And the world of cancer research is no different. Using conventional in vitro techniques, scientists must replicate the complex three-dimensional environment in which a tumour develops, on the flat surface of a plastic dish. This lack of depth can misrepresent how cancer cells really behave inside the body, where it matters. But, by introducing cancer cells to a fibrous 3D web (left image), researchers can better mimic a realistic environment for tumour growth. After almost three weeks, these cells (dark grey mass in right image) closely resemble natural tumours. What’s more, their rate of growth and level of resistance to cancer drugs is much more realistic than equivalent experiments using a single layer. The 3D technique could improve drug testing in the future and offer scientists the opportunity to develop their own blockbusters, just like in Hollywood.