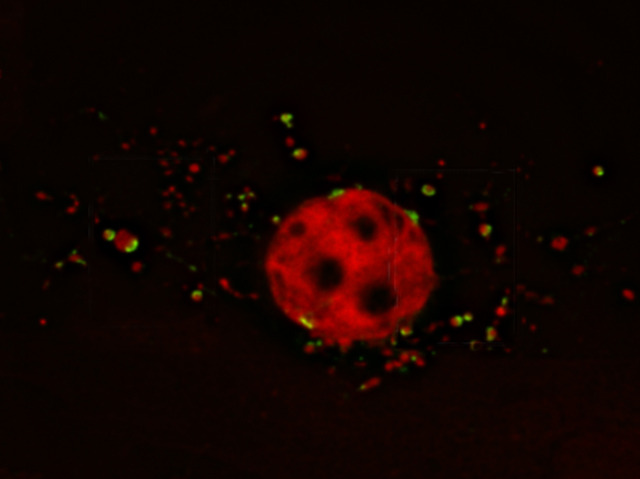 Parkinson’s disease starts when certain types of brain cells die, causing uncontrollable shaking and other serious problems. It affects more than 120,000 people in the UK, yet there’s no clear cause and no cure. One thing that’s known about it is the presence of tiny clumps of a poisonous protein inside the brain cells of people with Parkinson’s, which can spread to neighbouring cells and damage them too. It turns out that these clumps sneak into cells in the same way as viruses, smuggling themselves in with other cargo then breaking out and causing havoc. The red circle in this image is the nucleus of a nerve cell grown in the lab, while the green specks are the rogue protein bursting free. If this discovery holds up in living brains as well as Petri dishes, it could be an important step forward in understanding this distressing disease.