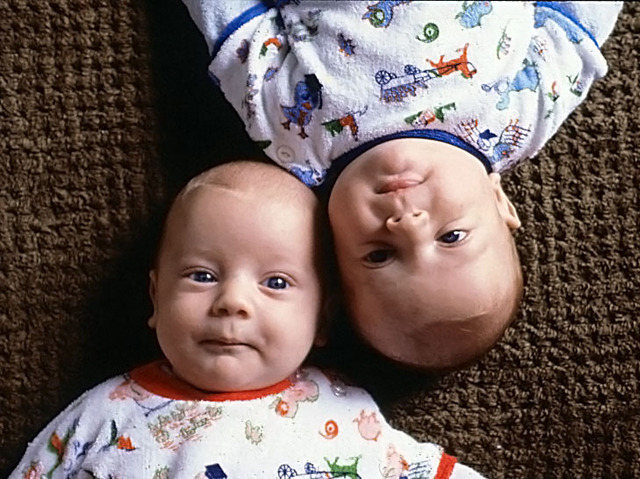 Everyone is different, but often the more closely related people are, the more similar they appear. These twin babies are identical, and at their age it’s nearly impossible to tell them apart. This is because they are natural clones with exactly the same genetic make-up. Identical twins happen when a single fertilised egg divides into two, creating identical embryos that share the same genes. They may look the same, but they are not the same person and as they grow up differences between them will develop. Sometimes identical twins have completely different personalities, opinions and interests, because these characteristics are shaped not just by our genes, but by the external environment we live in as well. Identical twins are useful to scientists studying psychology or behaviour, because any differences between them are due to their environment, not genetics.