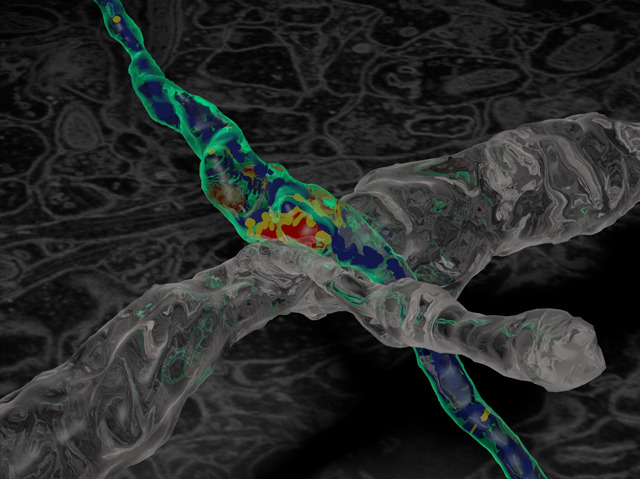 Chop off your finger and you’ll be one digit shy of a ‘high five’ for the rest of your days, but trim your hair and it’ll hopefully grow back. Snap a nerve cell in your arm and it will gradually regrow, but slice one in your brain and it’ll never recover. Or so we thought. When nerves in the central nervous system break, a scar forms around them, making a barrier they can’t pass through. But when scientists used ultra-precise laser microsurgery to cut one such nerve, they limited collateral damage enough to prevent the scar forming. The nerve was then free to forge a new path through the brain. It could even make fresh connections, like the one in this 3D reconstruction, where the regenerating nerve (blue) is meeting an existing one (grey). Could encouraging these fresh connections be a way to restore function to damaged brains?