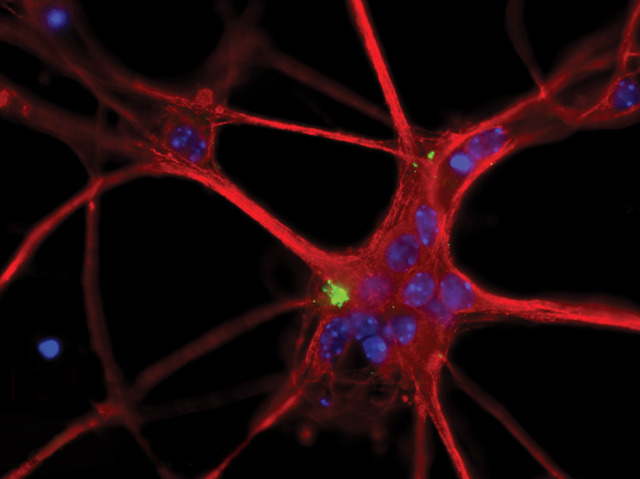 Our brains are crackling with millions upon millions of neurons – the nerve cells carrying the electrical signals that enable us to think, feel, move, speak and more. But neurons are fragile, with long ‘tails’ that act like electrical wires, and they need care and attention. Luckily, they’re looked after by special cells called oligodendrocytes. They wrap around neurons, forming an insulating layer to keep them healthy and working properly. Scientists have now discovered that oligodendrocytes provide more than insulation. They also produce little packages, known as exosomes, packed with molecular goodies for the neurons. By studying mouse nerve cells growing in the lab (stained with a red fluorescent dye), the researchers can track the exosomes (highlighted in green) as they enter the neurons and deliver their payload. These experiments reveal more about the intricate relationship between nerves and the cells that nurture them.