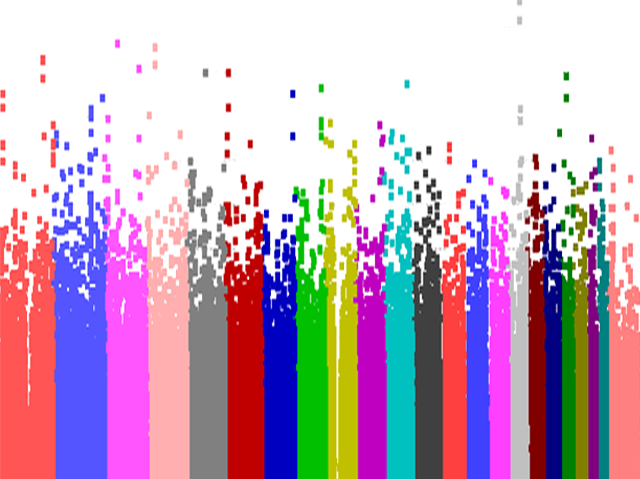 We’re all different – partly due to the environment we live in and partly due to millions of tiny variations in our genes. Researchers studying obesity can make use of that variation by comparing people who are obese with slim controls. Each colour shown here represents a human chromosome – a long stretch of DNA holding many genes – with the largest chromosome on the left going down to the smallest, and with the X [female sex] chromosome on the far right. And each dot represents a comparison of genetic variation at a particular location on the DNA. The higher the dot on the graph, the bigger the difference between the two groups. In this study the most significant site was on chromosome 16 (in light grey) in a gene know to predispose people towards obesity. Further analysis will help to unravel the genetics of this complex disorder.