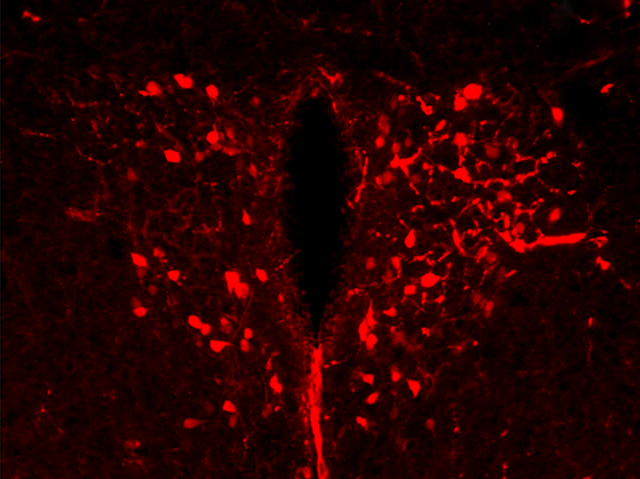 How is body weight regulated? There’s an area of the brain, called the hypothalamus that detects messages from fat cells and responds by sending signals to increase or decrease eating according to the message received. The messages are relayed via brain cells (shown in red) that contain an active gene intriguingly called single-minded 1 (sim1). Mice that lack the sim1 gene are obese because they overeat. But mice that also lack all the cells that would contain active sim1 in the hypothalamus not only overeat – their metabolism, or energy expenditure, is lower too. So energy expenditure is controlled from the same region but not by the sim1 gene. Researchers are increasingly aware of reduced metabolism in weight control but don’t yet fully understand it, although one possibility is that it’s caused by reduced heat production. Understanding this will lead to improved treatments for obesity.