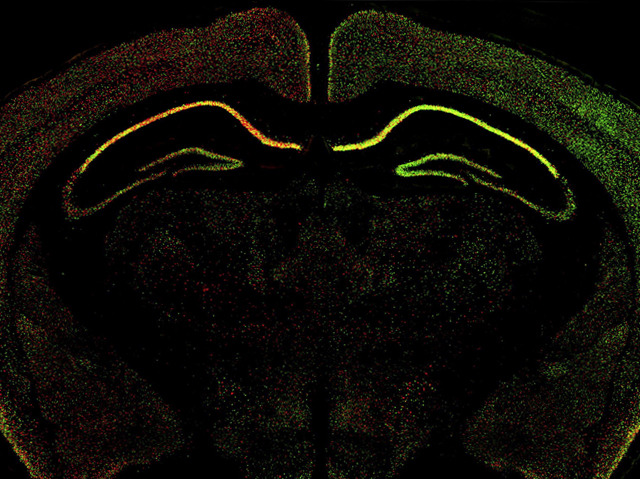 The way people’s brains and nervous systems work varies widely – resulting in differences in how each of us think, see, hear and feel – but why is not entirely understood. It’s been known for over 50 years that only one of the two different X-chromosomes in females – one coming from the father and the other from the mother – is active in every cell in the body. But which of the two copies is active varies from cell to cell affecting how different organs, including the brain, work. Now researchers have labelled the two different X-chromosomes red or green in mice, using glowing, genetic ‘tags’, allowing them to see which one is active in every cell. Shown here, the pattern of X activity is very different in the neurons of the left and right sides of the brain, which could explain some of the variation within other mammal species, including humans.