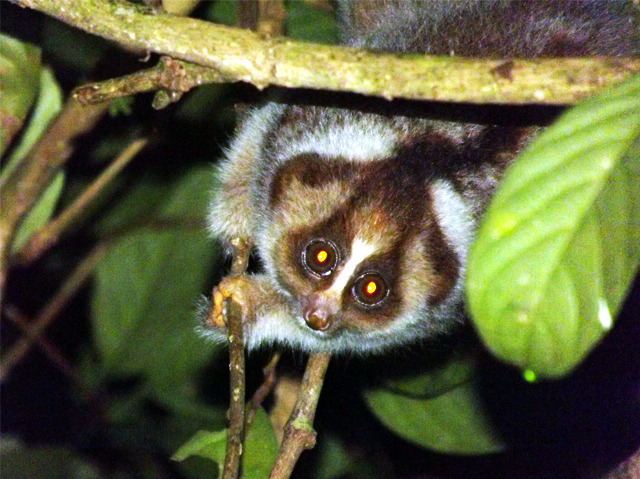 There are few venomous mammals and – except for vampire bats – they're all insectivorous. Some shrew and mole species use their venomous bite to knock out earthworms and insects, which they store alive in ‘larders’. The male platypus has a poisonous spur on its hind limb linked to a venom-producing gland used to out-compete horny rivals. And then there’s the slow loris (pictured), a nocturnal primate from South and Southeast Asia. When threatened, they wrap their arms around their head and combine saliva with oil from a gland on their elbow before they bite. A new study describes the bite’s impact on a human – the victim experienced chest and abdominal pain, nausea and shortness of breath. As the illegal pet trade is a major factor in the decline of this species, the authors hope that their study will reduce the loris’s desirability as a pet.