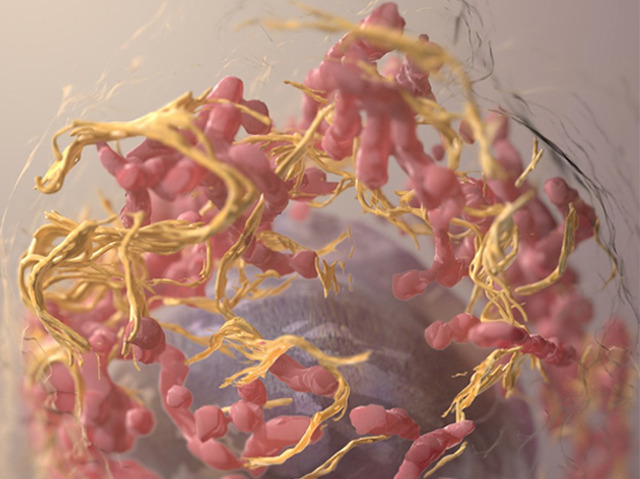 That red-to-blonde haired people with fair skins and freckles are at greater risk of skin cancer is well known. Their skin pigment, called pheomelanin, is less effective at preventing damage to DNA by ultraviolet radiation in sunlight compared to eumelanin found in dark-skinned people. But what is less well known is that redheads might also have a greater chance of developing skin cancer even when not exposed to ultraviolet light, prompting researchers to suspect that pheomelamin itself is carcinogenic. Melanoma, the deadliest form of skin cancer afflicting over 13,000 new UK patients each year, spreads fast to other organs if not caught early when treatment is very effective. According to new research, melanoma cells – the 3D structure of one pictured – work as a team. Parts of the team are efficient invaders of surrounding tissue, while the rest piggy-back in. Once in, they specialise in multiplying and growing fast.