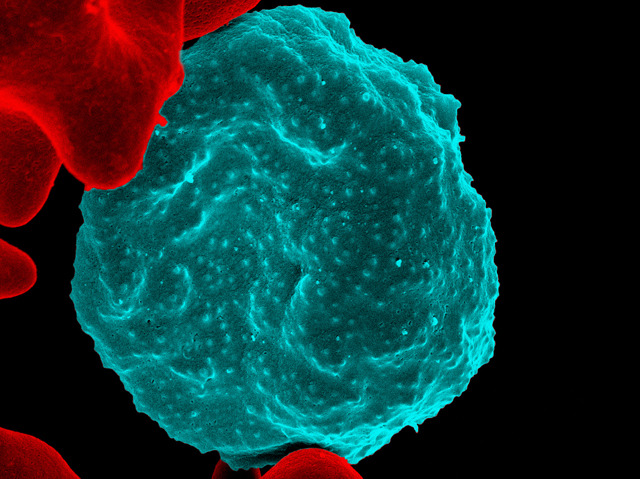 If you live in cooler climes, malaria may seem like a distant threat. Not anymore. As the planet warms, malaria-carrying mosquitoes are moving out of the humid tropics to places once far beyond their range. The disease – caused by several strains of parasitic bacteria – is on the rise in parts of Europe and may one day reach the UK. The parasites' success lies in their ability to smuggle themselves into red blood cells, where they multiply in vast numbers before bursting out to repeat the process in new homes. This infected cell in blue has this unfortunate fate to look forward to. However, scientists now know that certain chemicals are essential for this explosive step. Inhibiting one of these messengers turns the red blood cell into a prison, preventing the parasites from spreading any further. But it still won't stop the mosquito leaving you with a nasty bite.