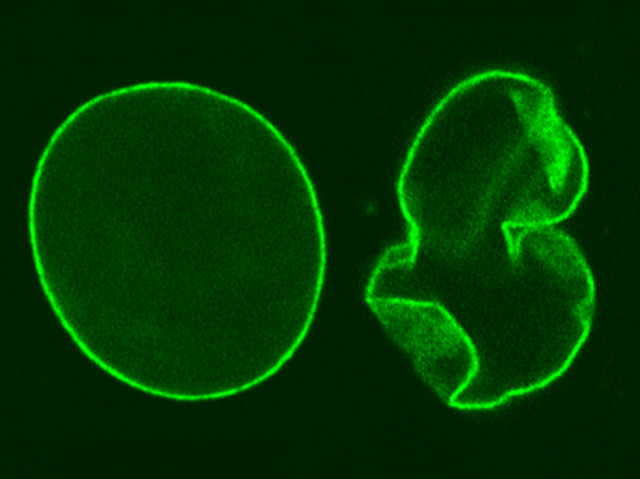 Hutchinson-Gilford progeria syndrome, also known as progeria, is an extremely rare genetic disorder that causes children to suffer symptoms of accelerated ageing. It’s caused by a mutation in the gene that encodes a protein called lamin A, which provides structural support for the cell’s control centre or nucleus. With the faulty protein, nuclei are misshapen and unstable (right), unlike the spherical shape of a healthy nucleus (left). The disorder is invariably fatal, with most patients dying of heart disease in their teens. But clinical trials have recently returned encouraging, if mixed, results for a repurposed cancer drug called lonafarnib, which is thought to deactivate the defective scaffolding protein. Nine of the 25 trial subjects gained weight – something progeria patients struggle with – while 18 experienced improvements in the flexibility of blood vessels, potentially reducing the risk of heart attack and stroke. A second trial is ongoing.