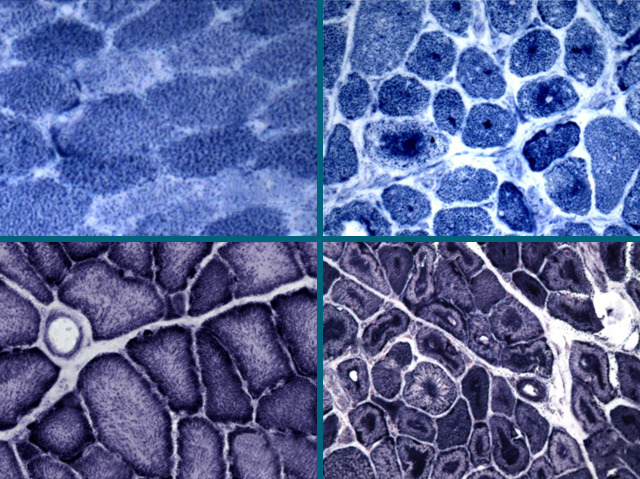 People born with centronuclear myopathy (CNM) have difficulty walking from an early age and often need a wheelchair by adulthood. The problems stem from a genetic mutation that severely weakens skeletal muscle. For a long time there was no animal model of the disorder, but researchers have now discovered a similar condition in dogs. Comparison of muscle cells from humans (top row) and Great Danes (bottom row) revealed a similar defect: cells from humans and dogs with CNM (right column) displayed a dense zone at their centre that wasn’t present in healthy controls (left). DNA sequencing also showed that affected dogs have a genetic mutation equivalent to that seen in humans with CNM. So it seems that canines serve as a faithful model of the human disorder, meaning that man’s best friend could help researchers to understand the underlying mechanisms – and to find new treatments for humans and dogs alike.