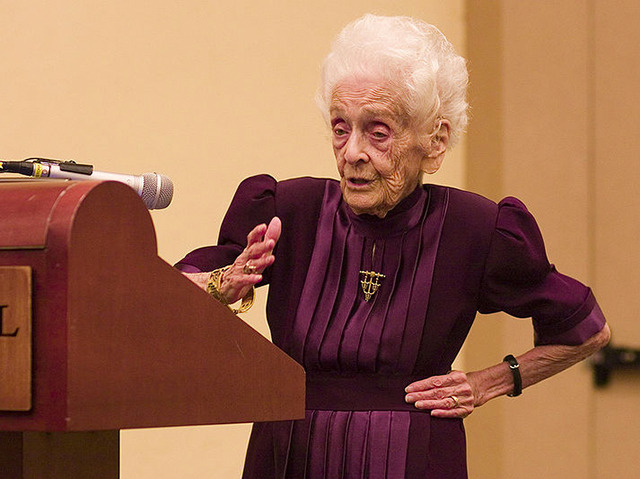 Italian neurologist Rita Levi-Montalcini – born on this day in 1909 – received the 1986 Nobel Prize in Physiology and Medicine, along with Stanley Cohen, for their discovery that a protein called nerve growth factor plays a key role in the development of the nervous system. But particularly remarkable is how Levi-Montalcini managed to conduct her research at a time when Mussolini prevented non-Aryan Italian citizens from having academic careers. This impelled Levi-Montalcini to set up a laboratory in her bedroom at her family home in Turin. Following heavy bombing by English and American forces, she left Turin to rebuild her mini-laboratory in a cottage in the country. When the German army invaded Italy, she fled to Florence to work as a doctor for war refugees. After the war, she went to Washington University, St. Louis, USA, and remained there for thirty years. She died in December 2012 aged 103.