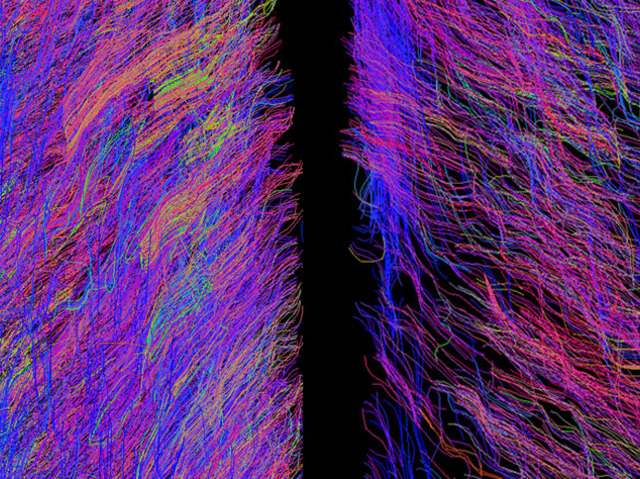 Sometimes the oesophagus gets damaged from illnesses such as cancer and needs to be replaced. Current practice involves grafting a section from the patient’s own stomach or intestine, but this comes with serious complications. So scientists are seeking alternative techniques in tissue engineering. Now researchers have managed to successfully transplant a bio-engineered oesophagus in rats. They took a rat oesophagus and removed all the cells, leaving a kind of scaffold, which was then reseeded with stem cells from the rat’s bone marrow. These bone marrow cells developed into oesophagus cells within three weeks. And once transplanted, they developed normally, forming nerves, muscles, blood vessels and epithelial cells, those that line the body’s organs and skin. Here, a normal oesophagus (left) can be seen beside the biological scaffold with all cells removed (right). The hair-like fibres are coloured depending on orientation. Even after cell-removal the basic fibre structure remains the same.