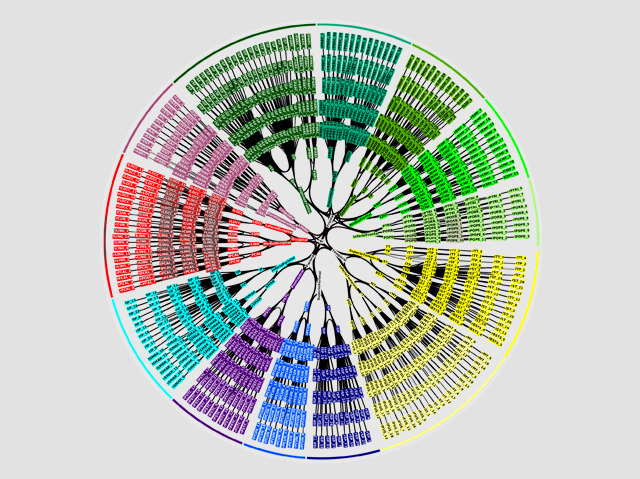 Why is the brain’s wiring so complicated? The colourful boxes on this chart represent little chunks of grey matter, colour-coded by their location in the human brain. Each black line shows a connection between two communicating brain chunks. Recreating this jumble of wires on a computer, it's possible to ask why this layout and not other virtual ‘designs’ evolved inside our skulls. One theory is that short connections between small areas in the same brain region (for example, all the red boxes) allow fast, efficient communication, while messages between different brain regions share long-distance wiring (middle of the chart) to reduce the demands on energy and space. But analysis of the wiring suggests these compromises don’t fully explain the brain’s design, hinting that evolution had other, as-yet-unknown reasons beyond limited headroom.