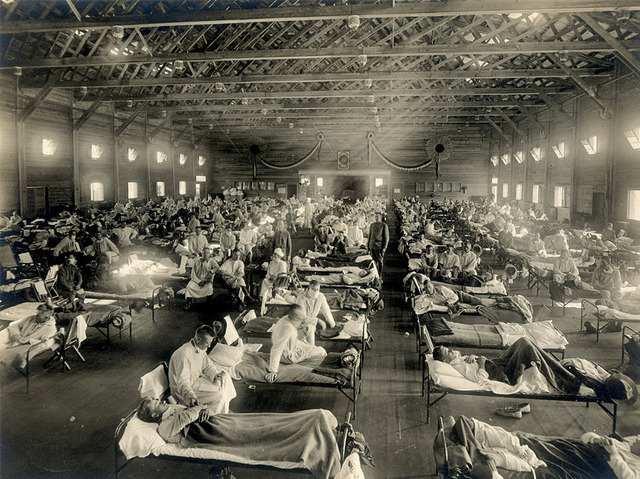 The 1918 flu pandemic infected 500 million people and wiped out around five per cent of the world’s population. But the origin of the virus and the reasons for its striking severity lie enshrouded in mystery. Also mysterious is why the disease killed more young adults than infants and the elderly, who are normally the worst affected. A new study has shed light on these biomedical conundrums. Researchers have found that the disease arose when the H1 component from a human virus, which entered the human population fifteen or so years before 1918, combined with N1 from a bird virus. This resulted in the culprit hybrid H1N1 strain. Young adults born between 1880 and 1900 lacked immunity against this virus because as children they were exposed to the very different H3N8 strain. Elderly people had already encountered an H1-like virus that circulated from 1830 to 1889, so were better protected.