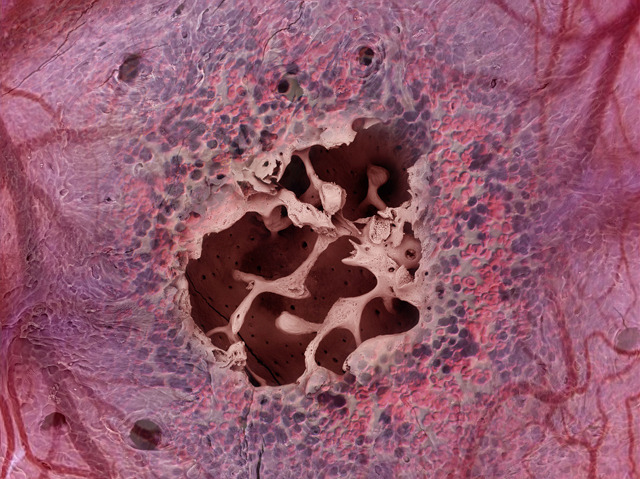 Human organs grown on microchips mimic the physiology of the real thing, making them the ideal testing ground for new drugs, environmental toxins and radiotherapy without the need for animal testing. Researchers have already built lung, heart, kidney, and gut chips; and now can add bone marrow microchips to the list. To forge bone marrow’s integral relationship with bone the scientists enlisted help from Mother Nature. Implanted in mice, a ring shaped mould sprinkled with dried bone powder was inserted just under the skin. After two months a disk-shaped bone had formed, which was surgically removed and placed into the microfluidic device, where it was kept alive and pumping for a week – plenty of time for toxicology studies. Pictured is a microscopic image of the engineered bone, which is packed with bone marrow from the mouse thighbone. Scientists are now keen to grow human bone marrow in immune-deficient mice. 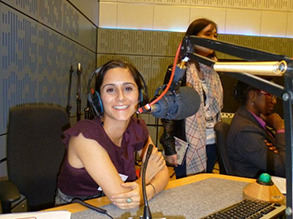 Yalda recently hung up her lab coat to venture into the exciting world of science communication. She’s currently the Senior Grant Communications Officer at Great Ormond Street Hospital and runs her own science and art magazine.