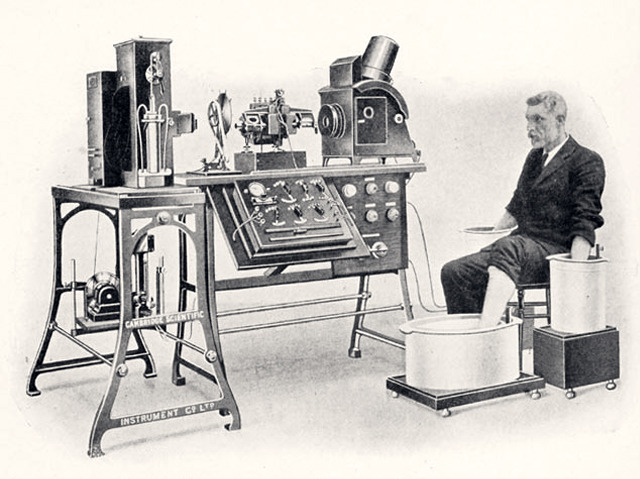 Many of us have come into contact with Willem Einthoven’s invention before, perhaps wondering nervously if its rhythmic beep-beeping is good news or bad. Einthoven – who was born on this day in 1860 – invented the first electrocardiogram, a device that measures the electrical activity of the heart. With each heartbeat, a tiny electrical current spreads from the top of the heart to the bottom, making it contract. And it was the difficulty of capturing such a miniature current that flawed previous attempts to invent such a machine. His creation, known as the string galvanometer, has enabled countless researchers to study how the heart muscle functions. Here is an electrocardiograph, very similar to Einthoven’s string galvanometer, that shows how the electrodes are attached to the patient, with the hands and one foot immersed in jars of salt solution. Einthoven was awarded the Nobel Prize in Physiology or Medicine in 1924.