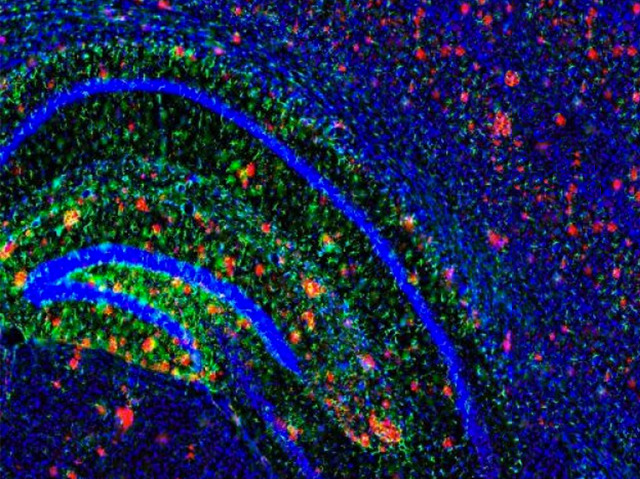 What if a drug, well known for treating depression, could also be used to slow down and possibly prevent the onset of Alzheimer’s disease? Researchers have shown in mice and humans, that the antidepressant, citalopram a selective serotonin reuptake inhibitor (SSRI), reduces the production of amyloid beta (AB) – a key component in the brain plaques that form in Alzheimer’s patients. Displayed as red dots, AB clumps stopped growing in mice with Alzheimer’s, and AB levels reduced significantly. The build up of amyloid clumps is strongly linked with cognitive dysfunction and memory loss associated with the disease. Scientists are now trying to better understand the role serotonin plays in AB production and test their findings on older adults to see if this already approved drug can be used effectively to treat and prevent Alzheimer's in humans.