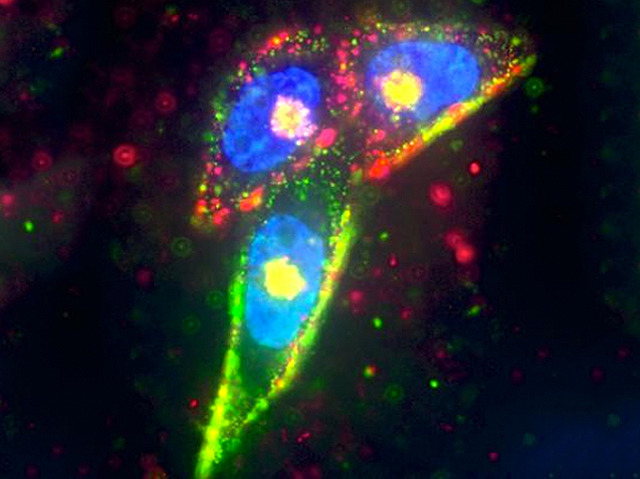 It's long been the ambition of cancer researchers to find the 'silver bullet' to treat tumours. Now the dream may have come true, although so far only in the lab. Researchers have developed tiny silver nanoparticles that directly target tumour cells, smuggling in a deadly payload of cancer-killing drugs. They've found a way of coating the particles with different molecules that get taken up by specific types of cells, as well as fluorescent dyes that reveal their location. For example, the top two cells in this image have taken up particles that glow red, while the lower cell prefers the green ones. What's more, the particles break down quickly if they're not gobbled up by cells, potentially reducing side effects in the body. It's still early days and there's more work to do, but this technique could help to pull the trigger on cancer.