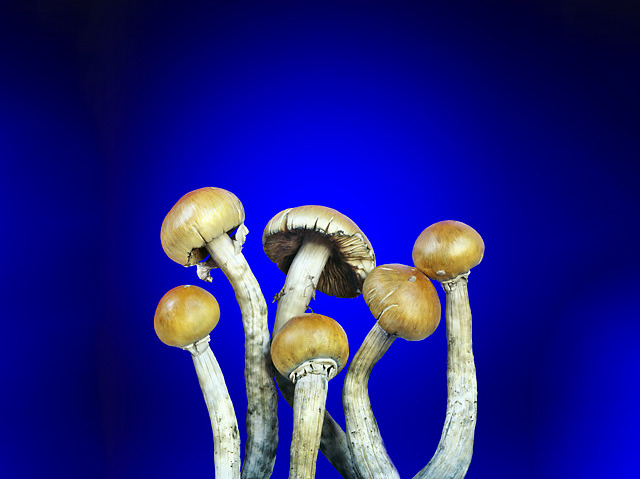 People have described taking 'magic mushrooms' as entering a dream-like state, a realm of enhanced perceptions and strong visuals. Researchers have provided for the first time a physical representation for this experience in the brain. They injected 15 volunteers with psilocybin, the psychedelic chemical in magic mushrooms (pictured), while they lay in a functional magnetic resonance imaging (fMRI) scanner. The brain imaging data for people under psilocybin showed an increase in activity in the more primitive brain network linked to emotions and memory. This ‘louder’ pattern of activity is similar to the pattern observed in people who are dreaming. On the other hand, psilocybin made the brain network that’s linked to high-level thinking and our sense of self become uncoordinated and disorganised. Now the scientists are looking at the possibility that psilocybin may help alleviate symptoms of depression by altering pessimistic patterns of thinking.