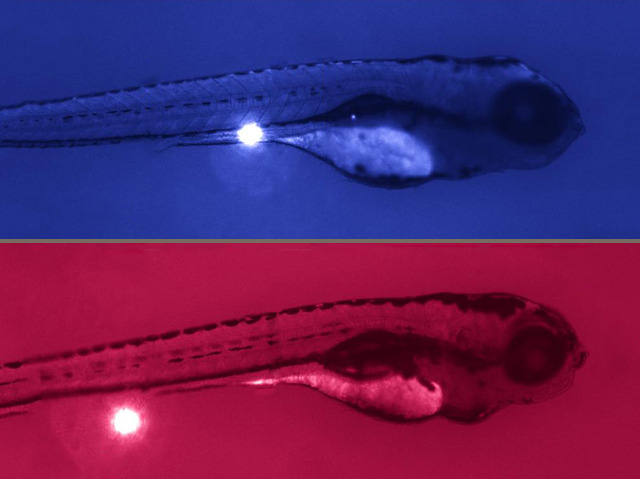 Autism is a developmental disorder that impairs a person’s ability to communicate with and relate to others. It's a diverse condition and efforts to define the various subtypes by studying behaviour have met with little success. But researchers have now made progress by working back from genes. When they sequenced an autism-associated gene called CDH8 from 3,700 children with autism, scientists discovered the gene was mutated in 15 of the kids, all of whom had a particular cluster of characteristics: broad forehead, wide-set eyes, and digestive difficulties. What’s more, when the researchers disrupted CDH8 in zebrafish embryos, the fish developed larger heads and took much longer than controls to pass a fluorescent pellet through their digestive tract (pictured). It appears, then, that mutations in CDH8 are associated with a distinctive type of autism. The finding could usher in a genetics-first approach that might help tease apart discrete forms of autism.